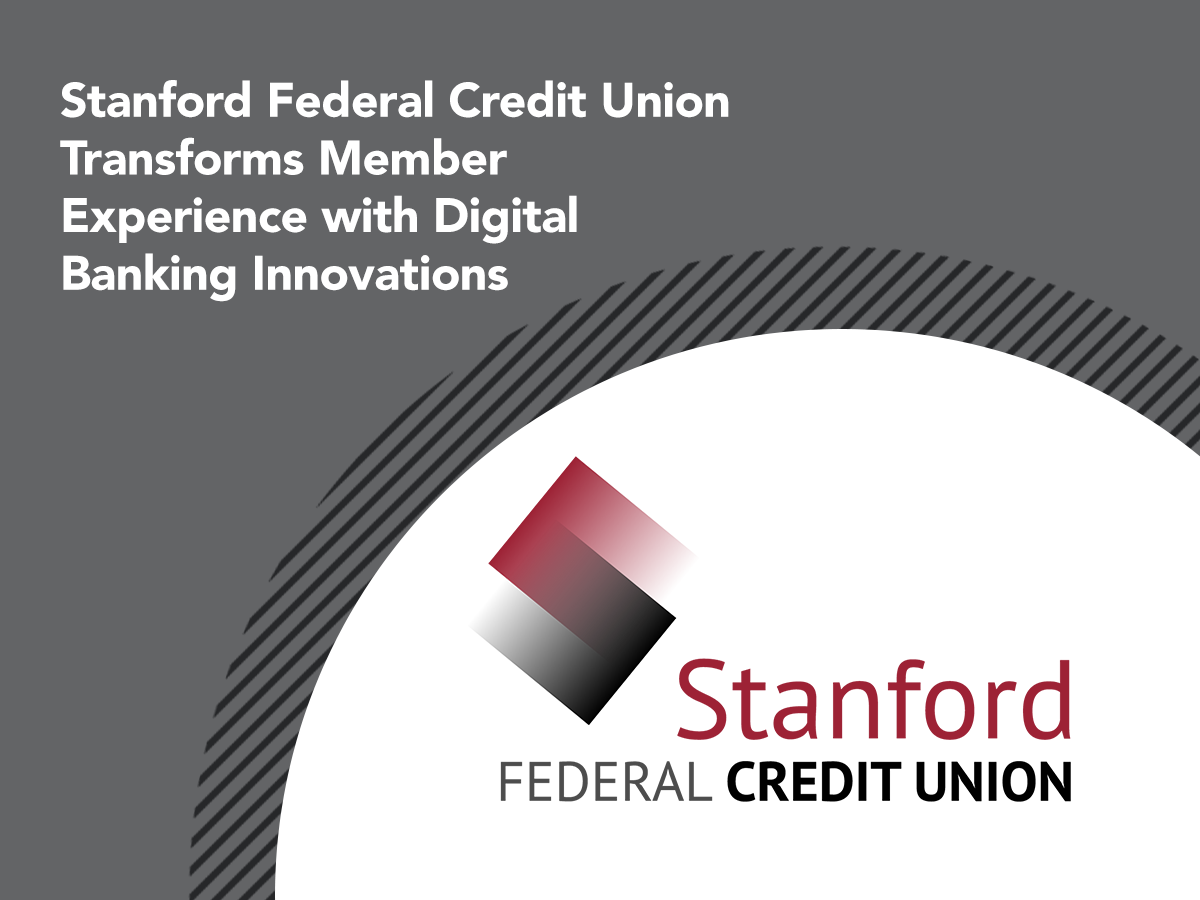 Stanford Federal Credit Union has a long history of innovation. In the late 1970s, it was one of the first credit unions to offer checking accounts and credit cards, and a few years later, it was a trailblazer in introducing ATMs and banking by telephone. In 1994, it became the world's first financial institution to offer online banking, and it's gone on to push the envelope on online bill paying, mobile banking, and authentication.

It should come as little surprise that when members started telling the credit union the user experience and interface needed to be improved, it had to be fixed immediately.

Fortunately, as an existing customer of Q2, Stanford FCU had access to the tools and support it needed to transform its interface into something that would give members the capabilities they wanted and reflect the credit union's reputation for innovation. Its members are not only students and staff at Stanford University, but also employees at leading technology companies in the Bay Area who have high expectations.

"People expect great digital experiences now that more and more is happening digitally, and they’re not just comparing us to other financial institutions, they’re comparing us with Amazon," Chief Product Officer Brian Kissel said. "As a result, we're constantly looking for ways to make the user experience much more intuitive."

Stanford FCU combined the power of Q2 with member feedback which included a 20-person Student Advisory Council and a panel of 100 members across a wide cross-section of its existing member base. It drew upon the trend toward simplicity, focusing on consolidating down drop-down menus, better organizing choices, and making the interface more lightweight and fun to use.

It also made good use of the expertise offered by Q2 and its development partners, who helped Stanford FCU redesign its member experience in just six months, in part by showing it how to get the most out of Q2’s Innovation Studio. (The new interface went live in spring of 2021.)

The Q2 Innovation Studio is a portfolio of technologies and programs that FIs and Q2 fintech partners can leverage to design, develop and distribute innovative digital banking products, services, and features. The Q2 Innovation Studio, built with Q2’s award-winning SDK, which more than 400 banks and credit unions are taking advantage of to deliver thousands of differentiated experiences, enables banks and credit unions to deliver applications and services to their account holders with unprecedented speed, ease, and flexibility.

"We’re a lean organization with a modest development team," said Kissel. "Q2 allows us to punch above our fighting weight, and that allows us to deliver superior services to our members."

The re-imagined member experience has immediately paid dividends, as Kissel said the credit union is getting kudos for its efforts in reviews on Yelp and Facebook and other social media platforms. Additionally, the new interface has resulted in heavier usage of features and capabilities that had been underutilized, helping to fuel the return on investment for previous projects.

Stanford FCU has seen the impact of Q2 and the Innovation Studio in other areas, as well. For instance, it was able to supplement an outdated Western Union wire transfer service with a streamlined mechanism it co-developed with Wise (formerly TransferWise), and which is now available to other Q2 customers through Q2 Marketplace.

Stanford FCU also leveraged Q2's Innovation Studio to build a membership rewards dashboard that incorporates gamification in order to improve member engagement. Previously, Kissel said, members were unclear of how they could improve their standing to earn better rates on deposits and loans. The new dashboard offers a more interactive and visually compelling design that gives members an active role in managing their status.

Kissel emphasized that the dashboard was very much a team effort.

"We worked with the Q2 team to come up with a collaborative design that met our objectives," said Kissel. "What used to be just a basic Excel spreadsheet table is now much more informative and engaging."

In Search of Collaborative Partner

Kissel said the credit union knew that because it has a modest development team, it needed a technology partner it could work closely with, and whose technology roadmap it could influence. Q2's collaborative approach was very much what Stanford FCU was looking for in a digital banking platform partner.

"When we come across a new vendor who is offering a solution, my inclination is to first ask, what are Q2’s plans in this category? Are there other partner institutions you’re looking to work with?" Kissel said. "Having that kind of relationship with Q2 is really important to us. We tend to want to be on the earlier end of the innovation curve."

Stanford FCU's relationship with Q2 also positions it to be able to respond to members' desire for continuous improvement of the member experience, and Kissel is clear that member needs are evolving faster than ever, meaning the credit union has to stay on its toes when it comes to innovation.

With that backdrop, Stanford FCU is pursuing other opportunities to further leverage Q2 to refine the member experience, such as making more use of clickstream analytics to measure the effectiveness of the tools it rolls out. The way Kissel sees it, the future of financial services will require credit unions and other institutions to turn over every rock in search of the latest and greatest tools members crave.

"More functionality has become need to have, not nice to have," said Kissel. "The table stakes for all financial institutions are going up all the time, which is great for our members."

With Q2 by its side, Stanford FCU is ready to meet that challenge.