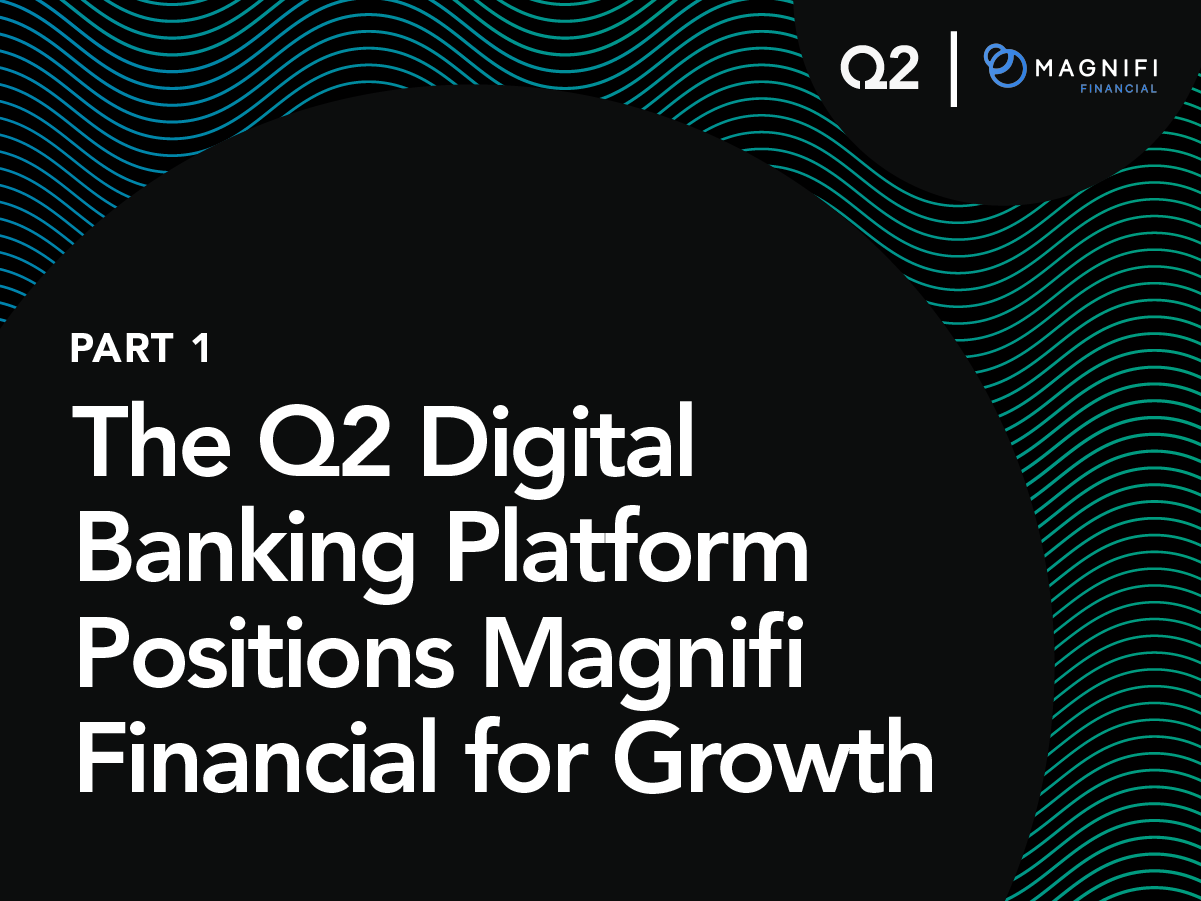 When Magnifi Financial (Magnifi) – a regional credit union serving members in America’s heartland of Minnesota, North Dakota and Wisconsin – consolidated and streamlined all of its digital offerings under the Q2 digital banking platform, it didn’t expect it would be competing alongside major national financial institutions, but in four years, that’s exactly what happened.

Magnifi had previously been using two digital banking providers and lacked a unified, consistent digital experience, as well as the ability to innovate quickly. As the Magnifi/Q2 partnership grew and strengthened, Magnifi began to emerge as a leader, not only in its regional territory of Minnesota, North Dakota and Wisconsin, but eventually among household-name national banks.

“When we put our digital apps and metrics toe-to-toe against leading financial institutions, we actually outscored a major competitor in five out of nine categories,” said Neal Kaderabek, Magnifi's Chief Information Officer and Chief Digital Officer. “Since we started the Net Promoter Scores℠ (or NPS®), we’ve reached a score of 80 and beyond for digital.” According to the NPS® creator, Bain & Company, anything over 80 is considered world-class.

Harnessing Q2’s innovation, Magnifi now offers more digital features and functions than the average number of digital options provided by the nation’s top banks, according to a recent survey.

Magnifi hadn’t expected to achieve national rankings. Instead, it was laser-focused on the needs of its members, who predominantly have personal and commercial accounts, many for farming and agricultural businesses. Magnifi wanted to provide its members with the ability to quickly and easily link LLCs and sole proprietorships to their consumer accounts using one interface.

With a single log-on, Magnifi members can see their entire financial picture, personal and business, in one place. This is especially important to the high number of Magnifi members who have both individual and commercial/agricultural business accounts.

“So, I think we stack up really well on digital banking transactions,” said Kaderabek. “Now we are focusing on the next outcome: personalization. Every time a member logs on, we want to be pulling in the analytics we have on that member. This will allow us to create the kind of personalization that tells members ‘My credit union is actually looking at what I do and how I do it, and they’re offering me something that makes my experience even better’, and I have confidence Q2 can help us get there.”

As Kaderabek looks to accelerate Magnifi’s digital experience, he is set on attracting younger users. “Historically, financial institutions (FIs) focused on their financial products. Today, it’s all about services – especially digital. Interest rates and products are still important, but we also have to sell ourselves on our digital features and functions.

“We need to be strong, digitally, so the Gen Ys and Gen Zs come to us and stay with us. We have to build the personalized experience they want. So, that’s why we compare ourselves to some of the largest leading national banks, because most of the Millennials and Gen Ys believe those are the institutions that have the most robust digital banking platforms. Today, we’re marketing to potential members and emphasizing that we are not what you think a credit union is.

“Q2 enables us to do all of this quickly and seamlessly. With Q2, all the parts are like LEGO® pieces that snap together. The integration is all there. The information transfers between the systems seamlessly. So, that’s why I’m a big fan of doing multiple lines of business through our digital platform with Q2.”

This is the first of a two-part series with Magnifi Financial (“Magnifi”). Stay tuned for our next blog, where we’ll talk more about how Magnifi is leveraging its digital strategy with Q2 for major growth.

To learn more about Magnifi and its success with Q2, check out the case study.