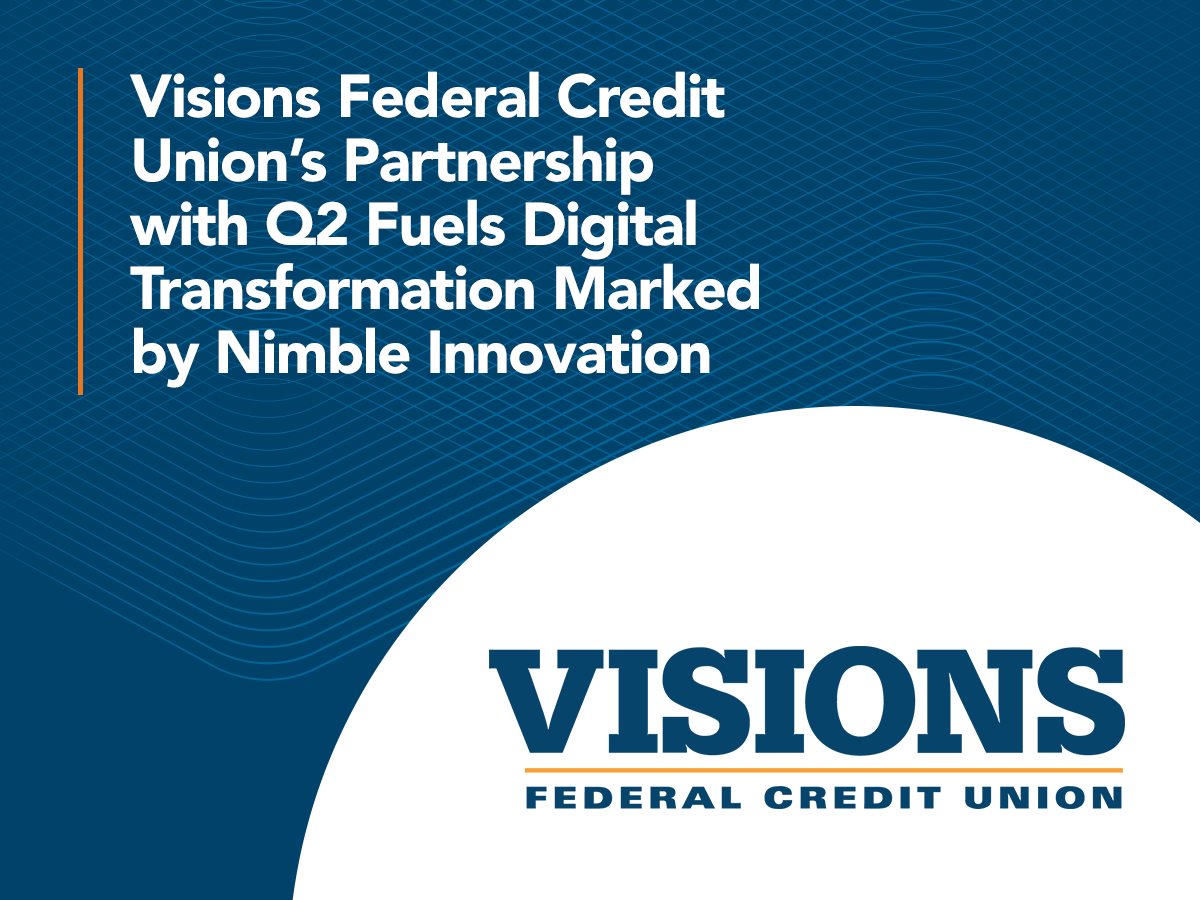 It's been more than 50 years since eight IBM employees who worked at the company's Endicott, N.Y. facility got a bright idea: They'd chip in $5 each to start a credit union for their coworkers. That $40 investment quickly resulted in a branch serving 800 employees.

In the decades since, IBM Endicott Employees Federal Credit Union has grown into a 50+branch operation serving 220,000 members in New York, New Jersey, and Pennsylvania. Known today as Visions Federal Credit Union, the organization has seen the industry change drastically since opening its doors in 1966, and never have the changes come more swiftly than they are today.

Younger rival neobanks and challenger banks, which have invested heavily in digital banking technologies, have put pressure on Visions to be able to more quickly develop and roll out new digital tools for members. Up until a few years ago, the Visions team required as much as 18 months to turn innovative ideas into deliverables, whether they were new processes or digital features. That turnaround was simply not fast enough to remain competitive.

Visions also saw the need to integrate with financial services partners who could bring added value to its membership. This meant providing members with access to digital capabilities that other financial institutions were offering, such as person-to-person payment tools like Zelle and support nascent features that could help Visions lead the way for its members.

Somewhere along the line, Visions' leadership came to a key realization: they needed a technology partner that would not only arm Visions with the capabilities it needed but would help the credit union deliver the seamless digital banking experience its members craved.

Then, in 2017, Visions was introduced to Q2 and its arsenal of digital banking technology and expertise. By the fourth quarter of 2018, the credit union was live on Q2’s digital banking platform and putting its accelerated ability to innovate to the test. In particular, Visions had been drawn to Q2's Innovation Studio (formerly referred to as its SDK), which could help it tackle both of its key challenges by speeding up development and rollout of new processes and features, as well as introducing new integration capabilities.

It wasn't long before Visions demonstrated a perfect example of its newfound development agility, using the Q2 Innovation Studio to enhance its loan "skip-a-payment" tool. Credit unions have traditionally offered members the ability to skip an occasional loan payment, but when the Covid-19 pandemic hit early in 2020, many banks and credit unions found themselves having little choice but to provide relief to an ailing economy by offering three-month breaks from loan payments. With Q2 Innovation Studio, Visions was able to keep pace by converting "skip-a-payment" into what is now called the "We Care Skip" in just a month.

Meanwhile, Visions has seen huge benefits from Q2 on the integration front. For example, almost immediately after going live, Visions wanted to leverage the Q2 Innovation Studio to integrate with Micronotes, a fintech partner offering AI-driven marketing automation to financial institutions. The Q2 team partnered with Visions’ in-house team to build the integration. One of the Micronotes-driven campaigns that followed brought in an additional $8 million in deposits for the credit union over a two-month span!

More recently, Visions and Q2 teamed up to embed Experian's IDNotify identity protection service into the credit union's digital banking experience. Within a few months, a significant number of members had signed up, and it continues to grow steadily.

The impact on Visions' relationship with members has been palpable: Novak said that prior to the partnership with Q2, Visions was experiencing an extremely low online banking adoption rate, especially as it pertains to key features. After implementing Q2 we’ve experienced a more than 25-fold increase in usage of our personal financial management tools.

But of all the stories and numbers that demonstrate Q2's impact, perhaps none is more powerful than this: Visions' 18-month innovation lifecycle is now a relic of the past.

"We can take something from inception to execution in six months or less, or maybe even three months or less, which is warp speed in comparison to what we've been doing in the past."