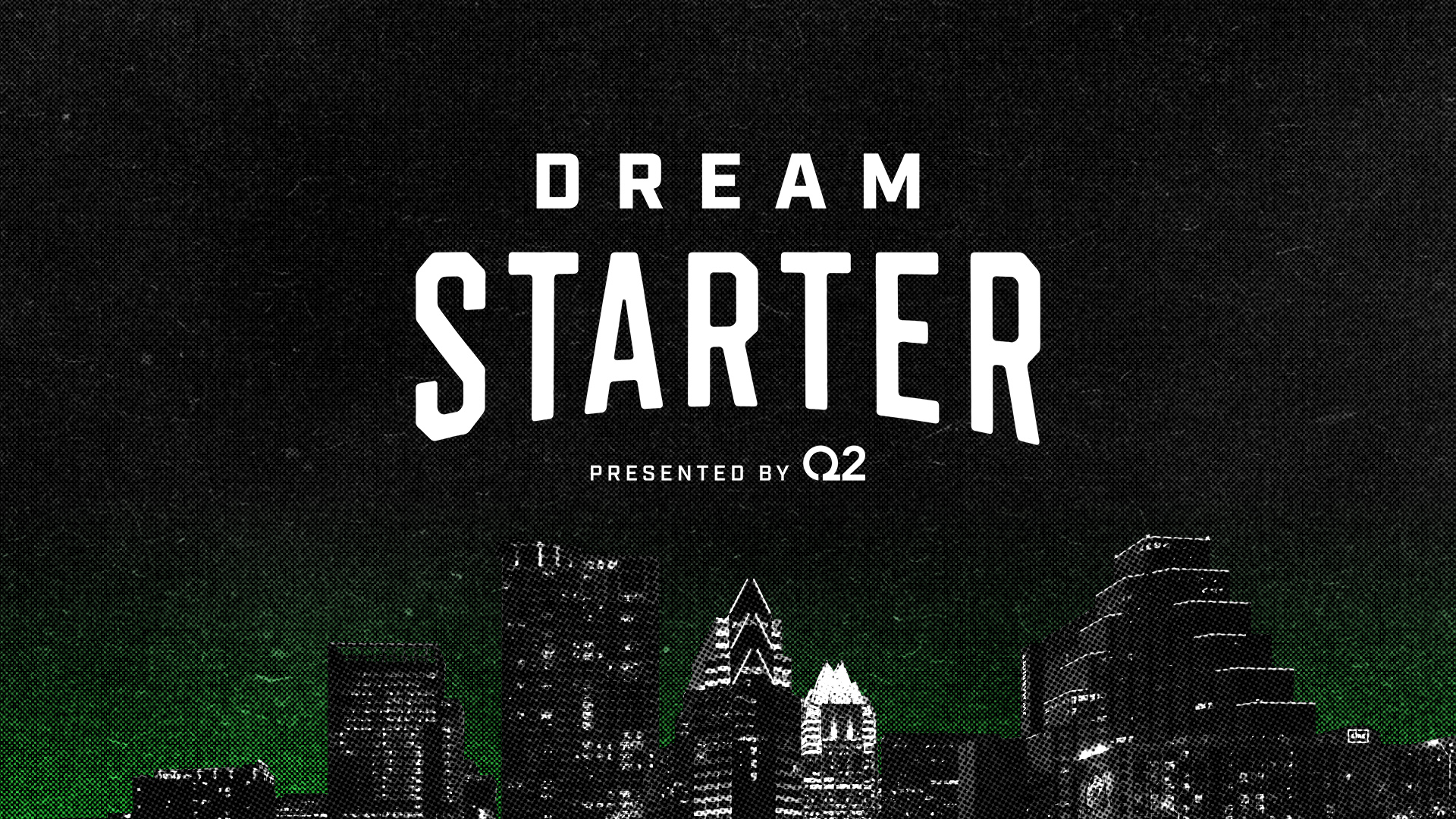 The 2022 Austin FC Dream Starter Competition kicked off on April 6 with a private networking event at Q2 Stadium to celebrate the second annual competition. The online application is now open to eligible entities. The selected winning venture will be announced on Saturday, June 25.

“It’s an honor for us to partner with Q2 and DivInc on the second annual Austin FC Dream Starter Competition,” said Austin FC President Andy Loughnane. “Collectively, Austin FC and Q2 are committed to building an inclusive community while honoring the start-up spirit that is central to both Austin and Austin FC.”

“We are proud to partner with Austin FC, in collaboration with DivInc, to help move the needle forward for underrepresented entrepreneurs in Austin,” said Matt Flake, CEO of Q2. “At Q2, our mission is to build strong and diverse communities by strengthening their financial institutions, and the Austin FC Dream Starter Competition is one example of how we are able to make a lasting impact in Central Texas. We are excited to once again support this important initiative, which will help an Austin entrepreneur turn dreams into success.”

“DivInc is committed to supporting underrepresented entrepreneurs in our communities, and we know that gaining access to financial capital remains one of the biggest hurdles for Black and Latinx founders,” said DivInc CEO Preston James. “We are proud to partner with the Austin FC and Q2 to support the 2022 Austin FC Dream Starter Competition because we know this funding will provide critical capital to help take one lucky startup to the next stage.”

Applications for the annual competition are now open, and will close at midnight on Wednesday, April 27.

From the initial applicant group, five (5) finalists will be selected and notified on Friday, May 27, to participate in a Pitch Contest on Thursday, June 9, at Q2 Stadium. Each finalist’s presentation will be evaluated by a diverse group of representatives from Austin FC, Q2 Holdings Inc., DivInc and other executives from the Austin entrepreneurial community. The Austin FC Dream Starter Competition winner will be announced to the public and honored with a check presentation during halftime at the Austin FC vs. FC Dallas match on Saturday, June 25.

The Austin FC Dream Starter Competition combines Q2’s mission to build strong and diverse communities by strengthening their financial institutions with Austin FC’s inclusivity through equity community pillar. In collaboration with DivInc and its aim to connect underrepresented entrepreneurs with the resources needed to build profitable, high-growth companies, the “Dream Starter” funds will aid a Central Texas entrepreneur in overcoming financial barriers to achieve success. Click here for a complete list of terms and conditions and to apply for the 2022 Austin FC Dream Starter Competition.

Austin FC operates the Austin FC Academy, the fully funded developmental academy representing the highest level of competition for elite youth soccer players in Central Texas, while serving as the exclusive developmental pathway to MLS for the region’s most talented young players.

Q2 is a financial experience company dedicated to providing digital banking and lending solutions to banks, credit unions, alternative finance, and fintech companies in the U.S. and internationally. With comprehensive end-to-end solution sets, Q2 enables its partners to provide cohesive, secure, data-driven experiences to every account holder–from consumer to small business and corporate. Headquartered in Austin, Texas, Q2 has offices worldwide and is publicly traded on the NYSE under the stock symbol QTWO. To learn more, please visit Q2.com.

DivInc is a 501c3 nonprofit organization whose mission is to generate social and economic equity through entrepreneurship by equipping underrepresented founders with access to the critical resources they need to build investable companies. To drive systematic change, DivInc offers multiple programming opportunities including a 12-week accelerator for early-stage startups. Since its founding in 2016, DivInc has supported 73 companies resulting in $14mill in investment fundraising, 400+ jobs created, and over $4mill in revenue generated by our alumni. DivInc is headquartered in Austin, TX, with a second location in Houston, TX. Learn more at https://www.divinc.org.