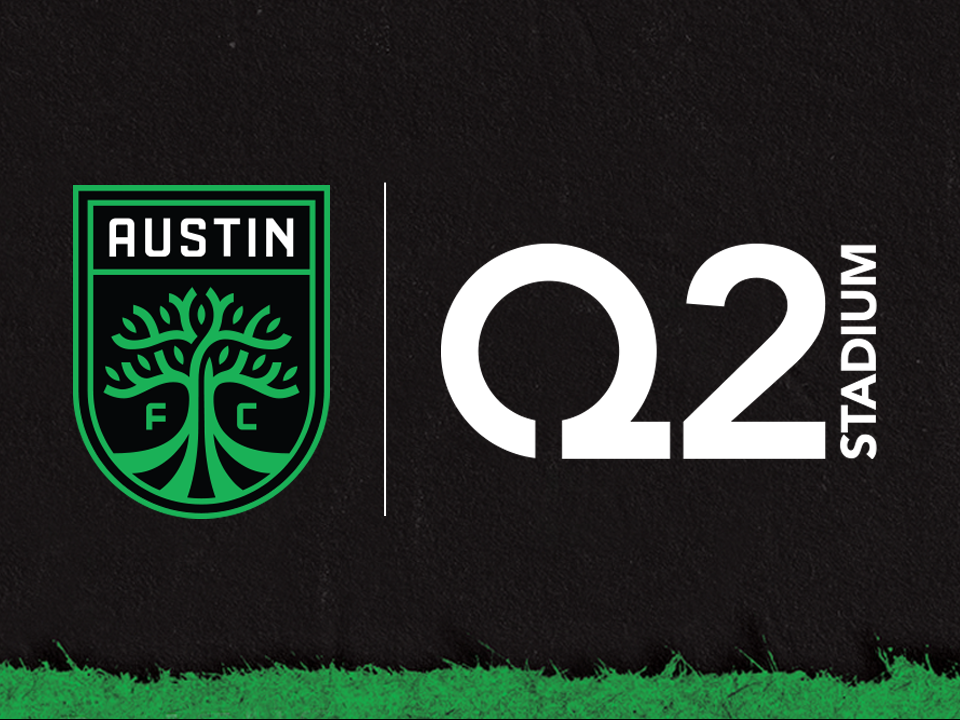 Austin FC’s 20,500+ seat stadium, now known as “Q2 Stadium,” will become one of 20 soccer-specific stadia featured within MLS in 2021. Q2 Stadium will be included in a group of eight (8) soccer-specific stadia that have (or will soon have) opened since 2017. Q2 Stadium remains on schedule to be completed in Spring 2021 and will welcome athletes, artists and audiences from around the globe soon after.

“Establishing a long-term stadium naming rights partnership with an Austin-based company that is committed to using this platform to give back to the community was the Club’s top priority,” said Andy Loughnane, Austin FC President. “Q2 Stadium holds the distinction of being the first and only major league venue in Austin, and Austin FC is exceptionally proud to begin our MLS journey with Q2 as our partner and Q2 Stadium as our home.”

“Q2 is an Austin-born company with a mission to build strong and diverse communities by strengthening their financial institutions,” said Matt Flake, Q2 President and CEO. “Our partnership with Austin FC shows we are doubling down on our commitment to our mission in our own community. As one of Austin’s fastest growing companies and a regular on the best places to work list, our partnership reinforces to our employees and top talent that Q2 is committed to everything that makes Austin special – culture, community and now, world-class professional sports sure to bring a diverse, global audience to our community.”

At the core of Q2’s culture is investing in and serving the community. The partnership between Austin FC and Q2 demonstrates an unwavering commitment to strengthen the Austin community by bringing it together in new ways. Q2 Stadium will provide a world-class venue in which to host organizations like Black Girls Code and Code2College – groups that make considerable contributions to the Austin and software development communities. As the Official Community Partner for Austin FC, Q2’s sponsorship will feature the creation of several innovative community-giving platforms, including the implementation of an annual campaign in which approximately $150,000 will be allocated by Q2 and Austin FC to deserving local non-profit organizations.

Q2 and Austin FC will also activate the “Dream Starter Competition,” allowing innovative Austinites the opportunity to compete for valuable seed funding for the launch of an entrepreneurial venture. The program, slated to begin in 2021, will provide the winner with “Dream Starter Funds” equal to $100,000 to jumpstart and/or accelerate a business plan. Further details related to both the annual campaign and “Dream Starter Competition” initiatives will be announced in the upcoming months.

As a leading provider of digital transformation solutions for banking and lending, Q2 becomes the Official Financial Experience Partner and Official Technology Sponsor of Austin FC. In doing so, Q2 will establish a robust connection with Austin’s first and only major league sports and entertainment property. This partnership strengthens Austin FC’s identity in one of the fastest-growing tech hubs in the nation.

In addition to being Official Stadium Naming Rights Partner for Q2 Stadium and Community Partner for Austin FC, Q2 has secured entitlement to the “Q2 Field Club”, the premium seating and Club experience adjacent to the player’s benches and locker rooms in Q2 Stadium. The partnership will also provide prominent brand-building exposure inside and outside Q2 Stadium, including a signature interior position above the Supporters Section in the south end of the stadium as well as rooftop signage above both the East and West canopy.

Excel’s Properties division, the go-to-solution for commercial strategy development and the sale of marquee partnership assets such as stadium naming rights and on-uniform branding, was retained by Austin FC to secure the team’s naming rights partner. Excel sourced and negotiated the Q2 partnership alongside Austin FC management.

The multipurpose venue, now known as Q2 Stadium, has been strategically designed to accommodate a variety of community and spectator events, including (but not limited to) professional soccer events ranging from MLS to U.S. Women’s National Team (USWNT) and U.S. Men’s National Team (USMNT) matches; additional professional and amateur sporting events; concerts ranging from headliner acts to festivals to smaller/up-and-coming artists; community activities and cultural events; and private functions such as corporate meetings and weddings.

Q2 Stadium was designed by Gensler, the world’s leading design architecture firm, and is being built by Texas-based Austin Commercial, one of the nations recognized leaders in commercial construction. Q2 Stadium construction has remained on-schedule since groundbreaking occurred on September 9, 2019. Levy Restaurants will operate all food, beverage, and hospitality programming at Q2 Stadium and Levy’s retail division, Rank + Rally, will be responsible for managing Austin FC merchandise operations.

Note to media: All references to Austin FC’s home stadium now should be Q2 Stadium.

Q2 is a financial experience company dedicated to providing digital banking and lending solutions to banks, credit unions, alternative finance, and fintech companies in the U.S. and internationally. With comprehensive end-to-end solution sets, Q2 enables its partners to provide cohesive, secure, data-driven experiences to every account holder – from consumer to small business and corporate. Headquartered in Austin, Texas, Q2 has offices throughout the world and is publicly traded on the NYSE under the stock symbol QTWO. To learn more, please visit Q2.com.